While I discuss politics within the context of book reviews on this blog, I don’t usually dedicate posts solely to political matters. Here, though, I’m going to make an exception.

The pandemic has not made the monumental effort of counting everyone in the US easier, to say the least. In April, the Washington Post reported that the Census Bureau under the Trump administration requested a four-month extension regarding delivery of count data to the president’s desk, as well as a lengthening of the data collection period from mid-August to the end of October. A little more than a week ago, however, reports emerged that the Census Bureau was backpedaling; now they plan to end the count on September 30th.

If you live in the United States and haven’t filled out the census yet, please do so! You can complete the census by phone, by mail, or online. It’s vital that everyone gets counted so that our congressional districts can be appropriately drawn and funds and resources can be sufficiently allocated.

If you or someone in your household has already completed the census form, you can still help. Use social media to share reminders to complete the census, and remind your friends personally. Also, the HEROES Act contains provisions for extending deadlines of census tabulation and reporting. It passed the US House almost three months ago, and yet the Senate is still dithering over it. Contact your senators and urge them to pass the HEROES Act to help ensure that every person is counted. 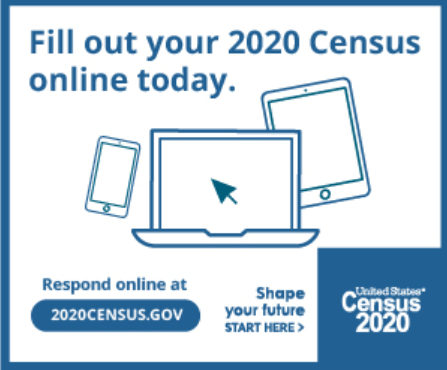 View all posts by jpauline22